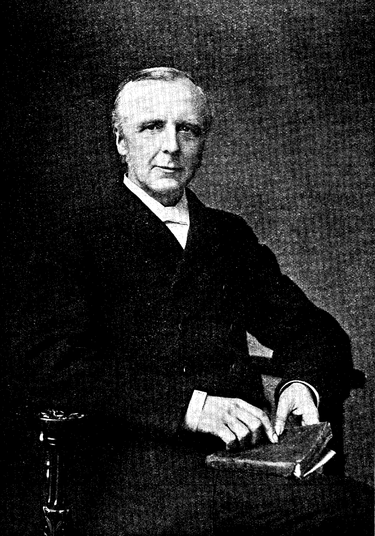 Frederick Bratton Meyer (April 8, 1847 - March 28, 1929), a contemporary and friend of D. L. Moody and A. K. Dixon was a Baptist pastor and evangelist in England who served in missions and city centers on both sides. Atlantic. The author of numerous religious books and articles, many of which remain in print today, has been described in the obituary as the archbishop of free churches. Frederick Meyer was born in London. He attended Brighton College and graduated from the University of London in 1869. He studied theology at Regent's Park College. Meyer was part of the Higher Life movement and often preached at the congress in Keswick. He was known as a crusader against immorality. He preached against drunkenness and prostitution. It is said that he lied to the closure of hundreds of saloons and brothels. In the early 1870s in York, FB Meyer met with the American evangelist Dwight L. Moody, whom he introduced to other chapels, churches, and ministers in England, and was invited by the exchange to make several trips to serve in America. Two preachers became friends for life. In June 1916, along with Quaker Hubert Pete, he visited British conscientious objectors in France to report on his position in light of the news that 42 opposing men had been forcibly transported there. The visit took place shortly before 35 people were sentenced to military courts and officially sentenced to death, but were immediately delayed. F. B. Meyer has written over 75 books, including Christian biographies and religious commentaries on the Bible. In 1918, Meyer, along with seven other clerics, also signed the London Manifesto, stating that the Second Coming is inevitable. An illustrated biography of his life was published in 1929, and a few years later a new edition appeared. In 2007, a new biography of Meyer, F.B. Meyer: If I Had a Hundred Lives, written by Professor Bob Holman and published by Christian Focus Publications.

Books by F. B. Meyer